Ron Duhsantis in a press conference said, “On Freedom Air masks will be prohibited. We cannot allow a few socialist passengers to interfere with other passengers freedom by wearing a mask. It will not be tolerated.”

“On Freedom Air we don’t even require our pilots to be licensed and we hope to make it a law that prohibits other airlines who land in Florida from asking their pilots to be licensed. We use only freedom loving pilots from the Alex Jones School of Aviation where pilots obtain their training quickly and cost effectively online via Zoom.”

Ron Duhsantis told a cheering crowd, “Freedom Air will be the first airline to offer pantsless check in. If you’ve ever wondered what it would be like to fly a NYC subway car in the skies, this is your chance. To fly Freedom Air, it will be like visiting a WalMart after 2am. Maximum freedom!” 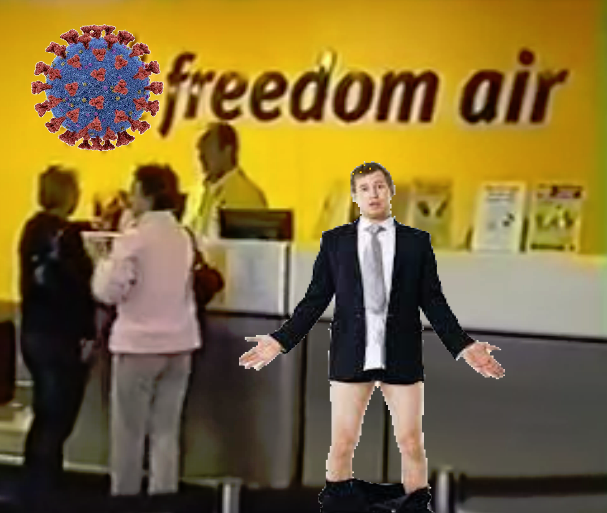 Freedom Air will also be offering special tropical cocktails while en route to the Caribbean. These signature cocktails include Bourbon and Bleach, Ivermectin on Ice, Hydroxychloroquine Happy Hour, and Rum & Dewormer Punch.

Duhsantis continued, “Delta Airlines is refusing to live up to their name. But here at Freedom, we allow all variants on board. Not only will we be more Delta than Delta Airlines, but we will also offer the new Mu variant in double strength just for the Caribbean. We call it the MuMu variant.”

Peacocks however remain off the passenger list and will not be allowed to fly. Bats and pangolins however are welcome. 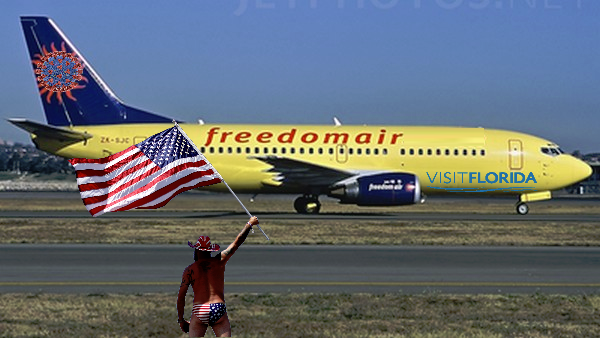