“As we began to put visible prices on items, we began to discover some older food that Ram’s has become famous for. We found some really excellent finds. The old wine has aged well and we will now sell it at a premium, but the cheese and other items did not far as well. Most of it we have left on the shelf for purchase, but some exceptional items we are donating to The National Museum as a new exhibit called SKN Groceries Through the Years”

“In fact many people ask what RAM’s stands for. Its long been a well guarded secret but I’m going to share it with you. It stands for Really Ancient Merchandise. We are also updating our logo to reflect this now public secret.”

Some samples of museum exhibit pieces were offered during the press conference for photographing and appear below. All photos are of real food found at Ram’s (no satire, no fake photos).

“This pizza was found with a date of September 1983. We call it Independence Pizza.” 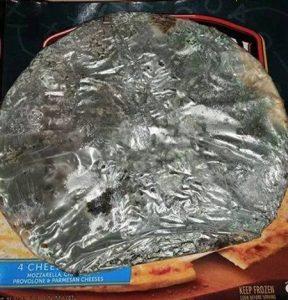 “These items including the sale price which expired in February 2015 were still for sale with expired price tags by near summer 2015. We wanted to extend the savings to customers.” 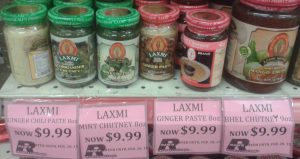 “This is a special exhibit which we call Unshredded Mozzarella. If you’ve heard of mozzarella sticks, this is a mozzarella blob. There is a small surcharge for this service.” 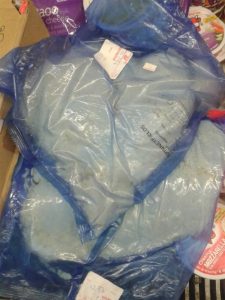 “Our exhibit includes a cold foods section as well. This exhibit we call Special Frosty Ice Age Ice Cream. It includes bonus ice! Its been in (and out) our freezers since the actual ice age. Forget boring squares for packaging, we offer it in unique custom shapes. The Federation has a lot of centenarians, and not just people. This ice cream you don’t scoop so much as you take core samples.” 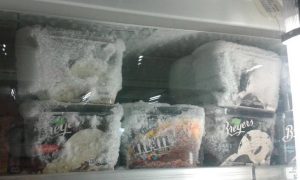 “As many of these foods have survived for decades already, we will run the exhibit at the museum in perpetuity and expand it over time.”