On March 1, 2018 the following was posted on Facebook by The Minister of Tourism for St. Kitts and Nevis (link): 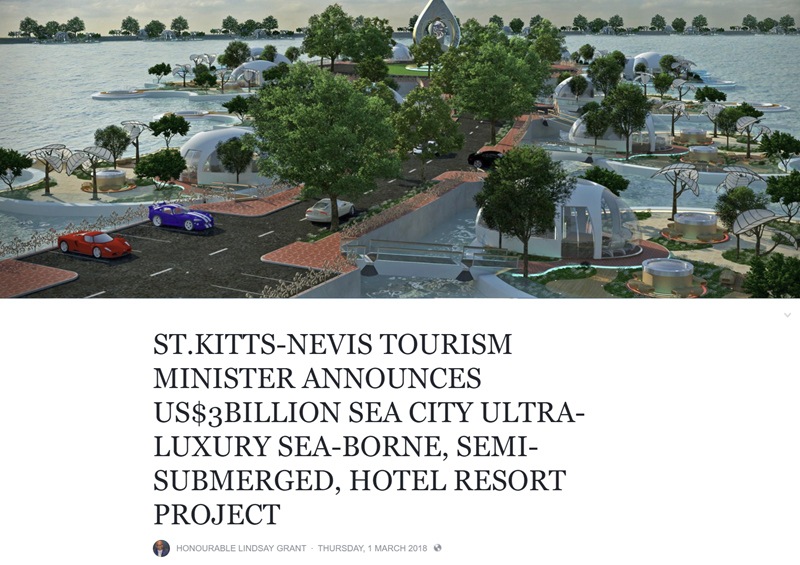 Many readers were skeptical, however The Minister of Tourism confirmed that this is “legit” (link): 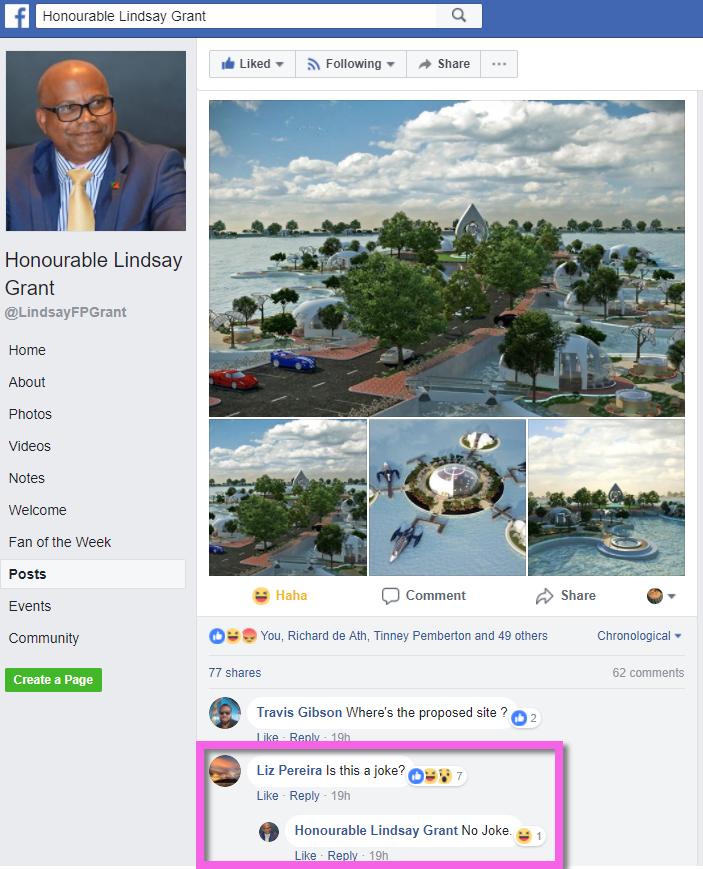 And what we can only describe as reminiscent of a Trump tweet, the “developer” behind this $3 billion dollar floating dream folly even showed up on a Facebook thread to personally comment: 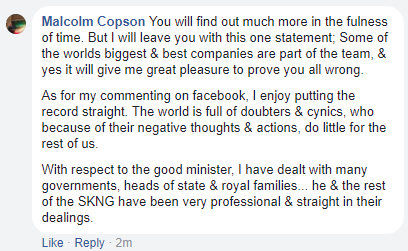 Google turns up no projects that ever broke ground, but does turn up 3 lawsuits in 3 countries. Yet he ignores this too: 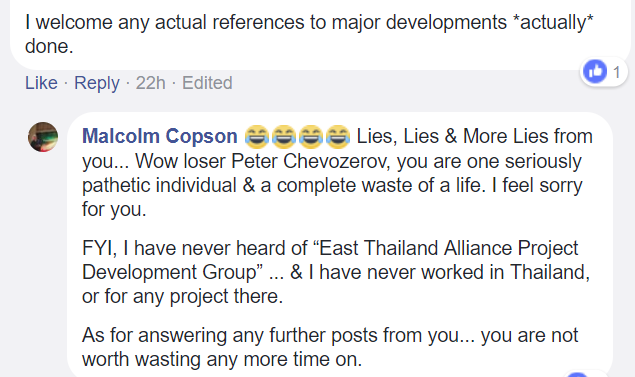 And in true professional style, he just continues. Despite his claim, we cannot find any completed projects on his Facebook page which has a whopping 178 likes. If there are so many, why can’t he name one? 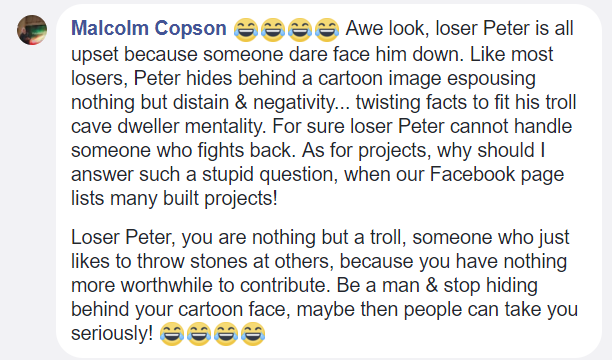 In fact, we were so important to Mr. Copson that he called in support from his other employee:

MOI Engineering (Malcolm Copson) has dreamed up some very cool design projects. But among the dozens proposed not a single one has ever appeared to have broken ground. And now we are to believe a $3 billion dollar investment is confirmed for St. Kitts? MOI Engineering is so well “respected” that their official Facebook page has a whopping 178 likes. And from the little bit in Google, it appears that this “engineering powerhouse” has a whopping 2 employees, including Malcolm. 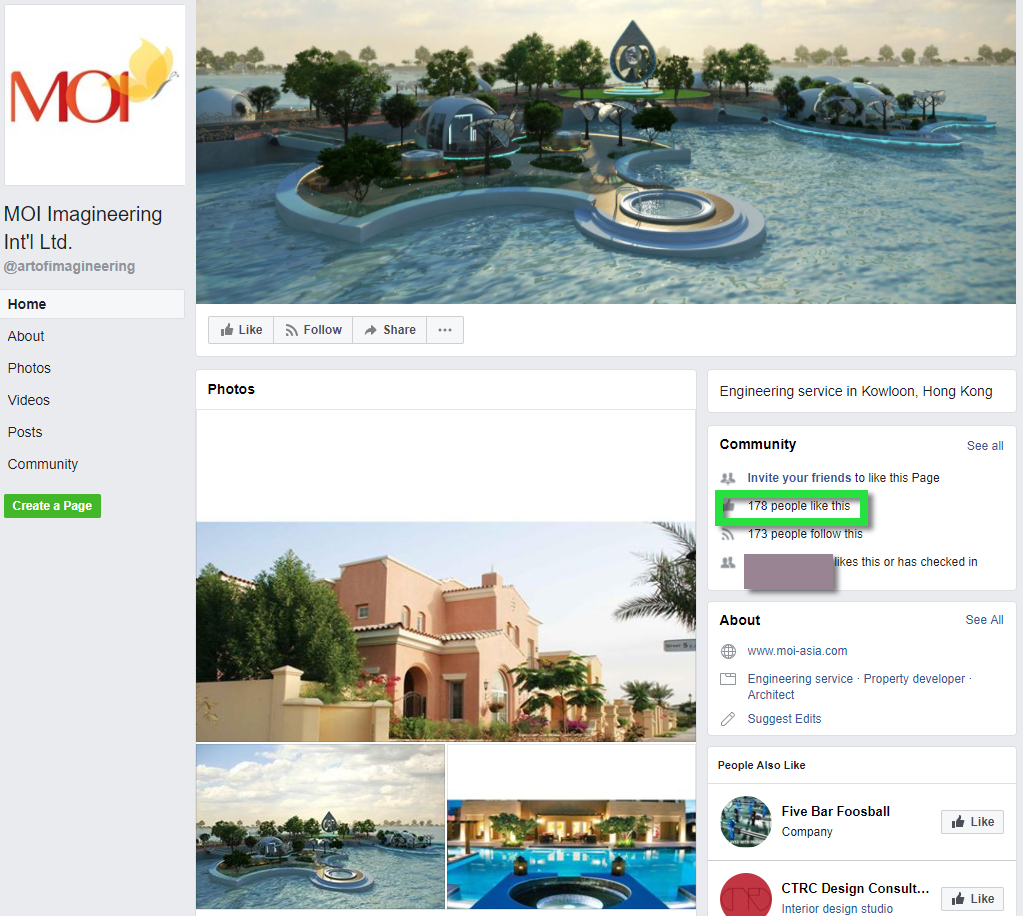 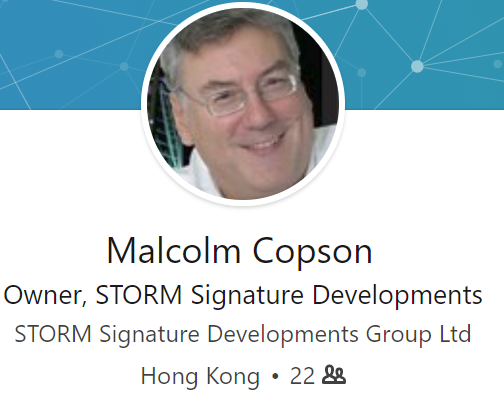 And STORM is even more “interesting” than MOI according to this legal case. We can find no projects completed by Mr Copson, STORM, or MOI. We can however find announced projects that ended in legal disputes in at least 3 countries. Evidence to the contrary is welcomed if any exists.

Since then The Manchineel has learned that The Minister is not telling the whole story. After an exhaustive investigative journalism effort we have determined that SEA CITY is just phase one of a much larger project which will eventually see the installation of a new space port in St. Kitts & Nevis by none other than Elon Mosque. In one of the photos you can actually see the first proposed space port. 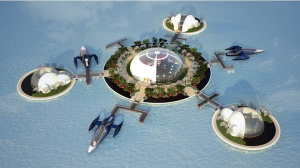 By zooming in, we can see that these are not boats but new space shuttles from Space-Ex – Elon Mosque’s famous and innovate company. Elon Mosque became famous for producing his famous Tulsa electric cars. “Soon Tulsa won’t be only in Oklahoma,” Elon told us. 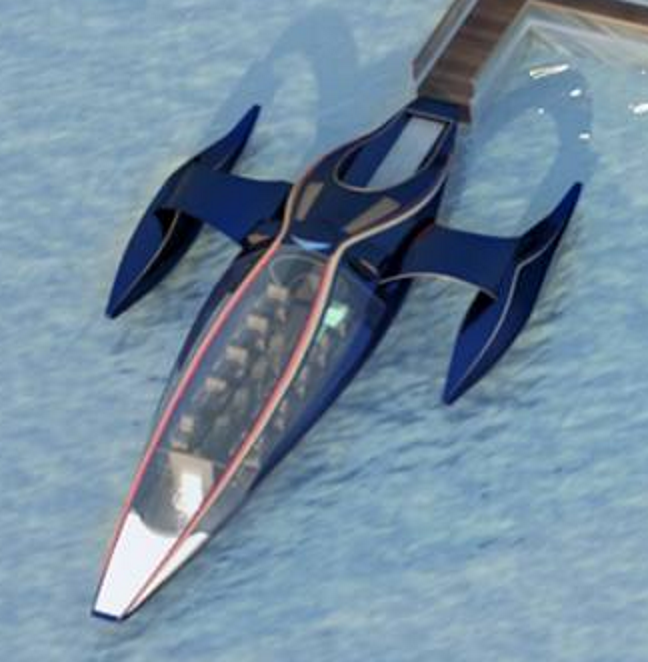 “Our new space shuttle like our cars are all electric. Part of the reason we chose St. Kitts is to partner with their world renowned electricity supplier, SKELEC. SKELEC has unique experience in delivering higher than demanded voltage, so its seemed like a perfect fit,” Elon Mosque continued.

“The part about SEA CITY is just phase one. MOI has no building experience so we have partnered to bring in German Engineering. We call this cooperation effort ‘Aquanugen’ and have selected the firm Bavarian Underwater Living Space Habitat Corp (BULSH). BULSH has a long track record in this area. Initially we are working with their Information Technology Department (IT), also known as BULSH IT.”

“BULSH is also a leader is HVAC (Heating, Ventilation, and Air Conditioning). Since these housing units are underwater we need specialists in this area and the HVAC section of BULSH, otherwise known as BULSH HEAT will bring valuable German Engineering to the project.”

“SEA CITY is a 10 star resort and we have thought of all phases, even down to the bedding. 1,000,000 million thread count Martian Cotton will be used to make the bed sheets and provided by BULSH Engineering as well. This new amazing bed sheet will be known as BULSH sheet,” said Elon Mosque.

The Manchineel has learned that SEA and SPACE CITY will create local jobs as well. We met at The Marriott with Deputy Assistant Tourism Minister John “Spinister Minister” Krant told us, “This project will create 1,000,000 local jobs. Those who say that this is simply some fantasy projects are against jobs. The Unity government cares about jobs. When Labour was in power, how many jobs did they announce? Did they ever once announce 1 million local jobs? Not once I tell you!”

When asked how with a population of just 50,000, that we as a country could fill 1 million job vacancies, Mr Krant told us, “We are going to put everyone to work. Starting at age 2, our citizens will start to work. We also have a long history of certain people being paid for 2, 3 or even 5 jobs while working in government, so surely our citizens are more productive and 1 million divided by 50,000 is only 20. Previously we had a Ten Man in One, now Unity is going to do better and make all of our citizens 20 people in one so they can fill 20 job vacancies each. Jobs for the people!”

Mr. Krant explained that local expertise has already been brought on to the project. “The project is already providing jobs and income to local companies. A new local company has been formed named Liamuiga Island Engineers (LIE) and has produced an Environmental Impact Assessment in record time. They are so good, the whole Environmental Impact Assessment was completed in just 5 minutes at a cost of $300,000 EC dollars. The cost might seem high, but that included the expedition fee to ensure on time completion of the assessment. The assessment consists of a single sentence:

Mr. Krant also announced the formation of a new CARICOM level ministry. “We are forming a new authority to handle space traffic in the region. It is called the Regional Astronaut Space Training Authority (RASTA). We expect only the highest results from RASTA. We will not be sending astronauts or cosmonauts into space but RASTA MEN and RASTA WOMEN. RASTAnauts.”

Many social media commentators questioned the soundness of building an underwater resort with floating roads in a hurricane zone. Mr Krant too responded to this. “We have appointed a team of disaster mitigation specialists consisting of the well known local sisters, Irma and Maria. Together they will bring their experience in boosting the St. Kitts Force Field.”

“To prepare this 10 square kilometer zone of our seas for development and completion in they year 2165, we are now declaring the area between Basseterre and Charlestown a boat and fishing free zone. No boats or fishing will be allowed, this is private property now. Public beach is now sand within The Federation that starts 1 mile from shore in the sea.”

The impacts of such as resort go well beyond tourism so The Manchineel also contacted other departments impacted by this development.

Chief O’Hara of Fire Services told us, “Its no problem for us. If one of them lights up on the inside, we just send a diver in and pull out a cork and the habitat floods. This puts the fire out, and we are already teaming up with the Coast Guard as they have the boats and underwater experience.”

Public Works had something to say as well. John “Cashia Bush” Smuthson, Manager in Charge of Weed Whacking said, “Well dis jus groovy. I never weed whack see weed before! Sounds like fun. I don’t know about those floating roads though. Maybe we can patch the pot holes with jelly fish?”

The updated press release is posted below.

Basseterre, Monster of Tourism, the Honourable Worshipful Boastful Chattafart Strupiest John Krant has announced that the Federation of St. Kitts and Nevis has been chosen as the Host- Nation for the unique, futuristic, cutting edge, SEA and SPACE City Development project, coded name SPIN CITY (SPace In Nevis), by BOI! Imagineering Intergalactic Limited.

“The amazing US$3 Zillion mega project, which will be built by a consortium of international acclaimed organizations, is to be in 10 square kilometers of blue waters in our beloved country”, Minister Krant announced. This innovative masterpiece”, Minister Krant advised, is a sea-borne, floating, semi-submerged, ultra-luxury residence resort and space port, which promises to add to the appeal of St. Kitts and Nevis as an Iconic Global Destination.”

Once completed, SPIN City – St. Kitts & Nevis, will be an exclusive, the First of its kind, “Ultra Luxurious Underwater Living Experience and Lifestyle, unlike anything seen to date” the developers contend.

To explain the nature and scope of the SPIN City project, the developers sought to capture the significance of sharing this beautiful island, which is a microcosm of Earth – fragile and irreplaceable – and the vision of how to enhance and protect this small space at the same time. It embodies and celebrates also, the importance of Ocean Governance and Marine Development for the good of the islands’ people mindful that as global warming and rising sea levels intensify, mankind must look beyond the shores of our land-based habitats for growth. Since SPIN city is also a space port, if the environment becomes goofed up, our residents will have easy transport to their choice of the Moon or Mars.

Principally, SPIN City will showcase the importance of environmental protection and the prerequisite of environmental sustainability,unafraid to embrace technology and to employ it wisely in applications that benefit the local people. For reasons such as these; as well as the willingness of the Government to embrace innovation for people empowerment and the vision of the developers in addition to the creative spirit of those who have gone before us, SPIN City is springing to life.

The Project will occupy a 10 Square Kilometer space that will develop as a floating city comprising 1,000+ signature [floating] semi-submerged residential units and space capsules; 500+ Signature floating semi-submerged resort accommodation units; underwater leisure pool and spa complex; underwater garden; floating banqueting restaurant and bar; semi-submerged resort reception building with feature restaurant and conferencing facilities; a 1,300+ rocket berth marina; marina clubhouse restaurant and bar; 20,000 + square meters of floating leisure attractions, for use by the residents and tourists of the Host Location alike (external to the Sea Wall); a network of floating roads; a protective floating sea wall, with built-in running and cycling tracks; a 50+ MW electricity generation plant designed by BULSH IT and powered by dreams, and fresh water generator; and a retail and reception spine adjacent to the marina complex.

Minister Krant advised that “amongst the many project proposals presented for consideration, the SPIN City project is the most promising and impressive; not only in for its futuristic and innovative appeal, but also in terms of its ability to further imprint our country on the world’s map. We are also pleased with its ability to create jobs on a large scale; which means that our citizens stand to benefit tremendously from this project. We also welcome the opportunity for St. Kitts and Nevis to be a leader in underwater research and development,as well as being a global, prestigious “Underwater Residential and Resort Destination and Space Port.”

Named as the Top Caribbean Destination by Forbes 2018, “the islands of St. Kitts and Nevis each has treasures to explore amidst their Caribbean waters, rainforests, inviting climate, landscape, heritage and culture. SPIN City embraces our “flexible and eager” politicians and will reflect distinctive, inherent geographic and cultural elements”, Minister Krant concluded.

The Developers have stressed that the emerging collaboration with St. Kitts and Nevis flows from the Government’s commitment to announcing crazier and crazier ventures while calling it “sustainable development”, innovation for growth and people empowerment wedded with the belief in the power of working to fulfill God’s plans to enhance lives and build better communities; and therefore, SPIN City will be a project of Love for the betterment of all mankind.